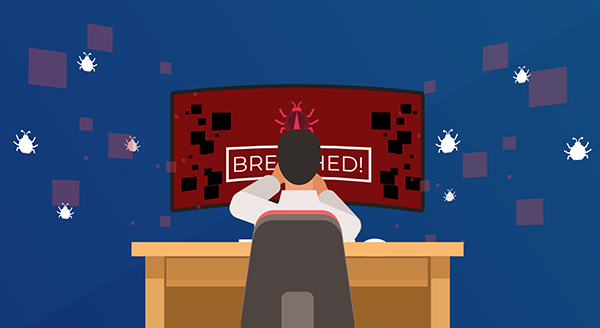 Data Breaches Are Getting Worse: Know the Basics

The exposure of sensitive information can be disastrous for individuals, businesses, or governments. Yet data breaches aren’t going away. The first data breach compromised more than a million records in 2005. Since then, we’ve seen ongoing news of breaches. But there are some basic steps you can take to avoid falling victim to an attack.

In its annual Cost of a Data Breach study, IBM found the cost of a breach hit a record high this year, at nearly $4.4 million.

How does a data breach work?

A data breach involves any unauthorized access to confidential, sensitive, or protected information, and it can happen to anyone. Data breaches happen mainly when hackers can exploit user behavior or technology vulnerabilities.

The threat surface continues to grow exponentially. We are increasingly reliant on digital tools such as smartphones and laptops. With the Internet of Things (IoT), we’re adding even more endpoints that unauthorized users can access.

Too many data breaches trace back to people using weak access credentials. Yes, there are still people out there using “password” or “123456” to log in at work! Thus, an important step to counter data breaches is enforcing strict password policies.

Multi-factor authentication can also help. This way, even if the employee uses a poor password, or their strong password is stolen, the hacker has to work to get access. They might need the user’s physical device to confirm a one-time-use code sent to verify identity.

It’s also important to patch and upgrade software as soon as asked to do so. Manufacturers support security by keeping abreast of hacker attacks throughout the world. They’ll also watch for bugs and any vulnerabilities. Disregarding that message to upgrade or patch could leave your computers at risk.

Encrypting all sensitive data can also cut the risks of a data breach. That way, if the bad guys do get inside your systems, they can’t do anything with the information they access.

With more people working remotely, the number of users doing business on their own devices is also up, which represents another data breach risk. Enforce strict Bring Your Own Device (BYOD) policies to minimize exposure. You might require virtual private networks and professional-grade antivirus protection.

Data breaches cause business downtime and can cost your reputation and bottom line. You may lose customers and also have to pay legal fees or compliance fines. Don’t let this happen to you. A managed services provider can install protection and take precautions against data breaches. Call us today at 317-497-5500.