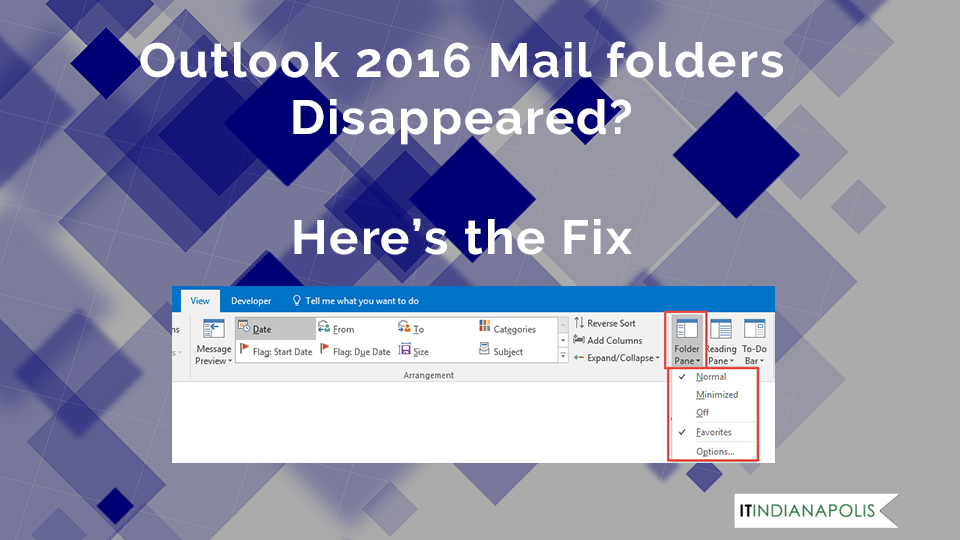 We’ve received lots of calls over the last 3 months about the Folder Pane disappearing in Outlook 2016. In each instance, we were able to quickly resolve the issue by doing step 1 below. It became pretty obvious though, that dozens of clients weren’t accidentally turning their folder pane off. We did a little research and found the Microsoft acknowledged the bug in this article. It was an update in April that caused the issue. A not yet released update in August (16.0.7167.xxxx) will correct it. If you’re reading this because your folders are missing, here’s your fix:

2.) To prevent the problem from recurring, update Office by going to File > Account > Update Options > Update Now. At the time of this writing, the update to fix this issue has not been released. It’s numbered “16.0.7167.xxxx”, so when your version of Office is updated to or past this version, the issue should be resolved.