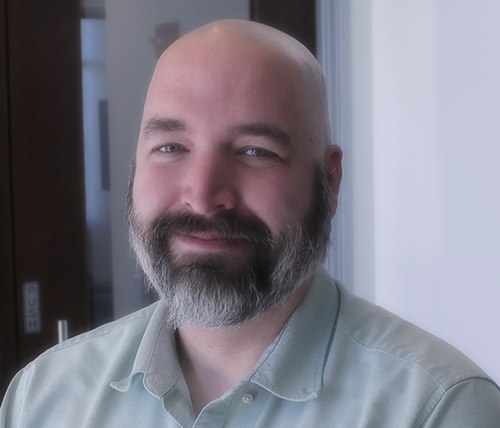 In the mid 90s, it was not common to see a computer in every household, but Chris’s father was insistent that it was a good investment for someone technically minded, such as him. Chris deconstructed and reconstructed the computer to see the inner mechanics. Then, Chris cobbled together his first computer from parts no one wanted when he was 12, and he knew it was a field he wanted to pursue a future in. Chris loves to get nostalgic and play old PC games, like King’s Quest, Quest for Glory, and Space Quest. Chris likes to play board games, deck-building games, and role-playing games, like Dungeons and Dragons. The Collins household is a Nintendo household, with his kid’s favorite games being Breath of the Wild and Mario Odyssey.

Favorite Quote: “We can’t help everyone, but everyone can help someone.”  – Ronald Reagan

Most Enjoyable Project: Building a Table with a 42″ monitor in the center, designed to display D&D maps for a more custom experience.